repubs all got money from russia and they are just as scared as trump. the US is currently hostage to russia.

and oh yeah, this was a terrorist attack - trump's base won't understand that b/c there were no explosions and the attacker wasn't brown.

You and I have repeatedly discussed offline why you wouldn't post in any of the political threads on this site to which you agreed, your uninformed and quite frankly fucked up opinion on this is not welcome here. Last warning, I'm not wasting my time any more.

meloshouldgo @ 7/16/2018 10:55 PM
IF the pee tape is real, it means the Russians played the long game and basically developed him as an asset, got the goods on him and then engineered a victory for him by abusing the most sacred tenet of our democratic ideals. It's mind blowing to even contemplate, unfortunately it's not a conspiracy theory anymore. All the stuff is starting to point in the same direction(pee tape or not) I do hope it turns out that the connections were spurious and it didn't happen that way, otherwise the alternative is too scary.
blkexec @ 7/16/2018 11:08 PM
First, I just want to thank you Martin for actively policing this site, which is why I've been here for so long.

Second, can someone please post some details. I must have been under a rock or something. Pee-tape???

djsunyc wrote:so a russian lawyer was just arrested for being an agent - she was in bed with the NRA and the NRA donated alot of money to many republicans.

repubs all got money from russia and they are just as scared as trump. the US is currently hostage to russia.

and oh yeah, this was a terrorist attack - trump's base won't understand that b/c there were no explosions and the attacker wasn't brown.

I'm 50/50 on some sort of actual pee tape existing but there should be no doubt that Russia has funneled millions if not billions of dollars not only through Trump and family but through any type of organization that will sow discord throughout the world; mafia and the like thrive in this type of chaotic atmosphere. Think Brexit, NRA, GOP, Tea Party off the top of my head. I don't keep up enough with what is going on in Middle East and the likes but I am sure the same tactic is applied where stress points and strife exist. IMO GOP only exists to further the top 1% and is masquerading as a counter to the D's, nice party lines that grab enough voters backed by decades of gerrymandering.

On a global life, it's pretty easy to see top 1% are sucking resources and tipping the balance of power in their favor in any way they can with complete disregard for anyone, anything, borders, etc. around them. Think Koch brothers in USA, Putin in Russia.

TheGame @ 7/16/2018 11:11 PM
I really am at a loss. The sad thing is he has millions who still support him. Fear is a powerful motivator and white Americans fear that they are going to become the minority in about twenty years, which has led to them electing this idiot as a last ditched effort to maintain white privilege in this country. I mean this guy just bent over for Putin in front of the entire world. Then this stupid mutha f***er thinks it is a good idea for the FBI to give Russia all of their information and help with the investigation. Make America Great Again!?! Man, there might be an America in 2 years. This dude is trying to destroy everything.
martin @ 7/16/2018 11:17 PM

and not for nothing but didn't the world watch Trump proverbially give Putin some head today? Or did Trump bend over?

and not for nothing but didn't the world watch Trump proverbially give Putin some head today? Or did Trump bend over?

I am waiting to hear from all the sanctimonious sorry ass fake "Americans" with their righteous indignation that berated Obama for inclining his head when sahking hands with foreign leaders.
Agent orange is Putin's bitch. 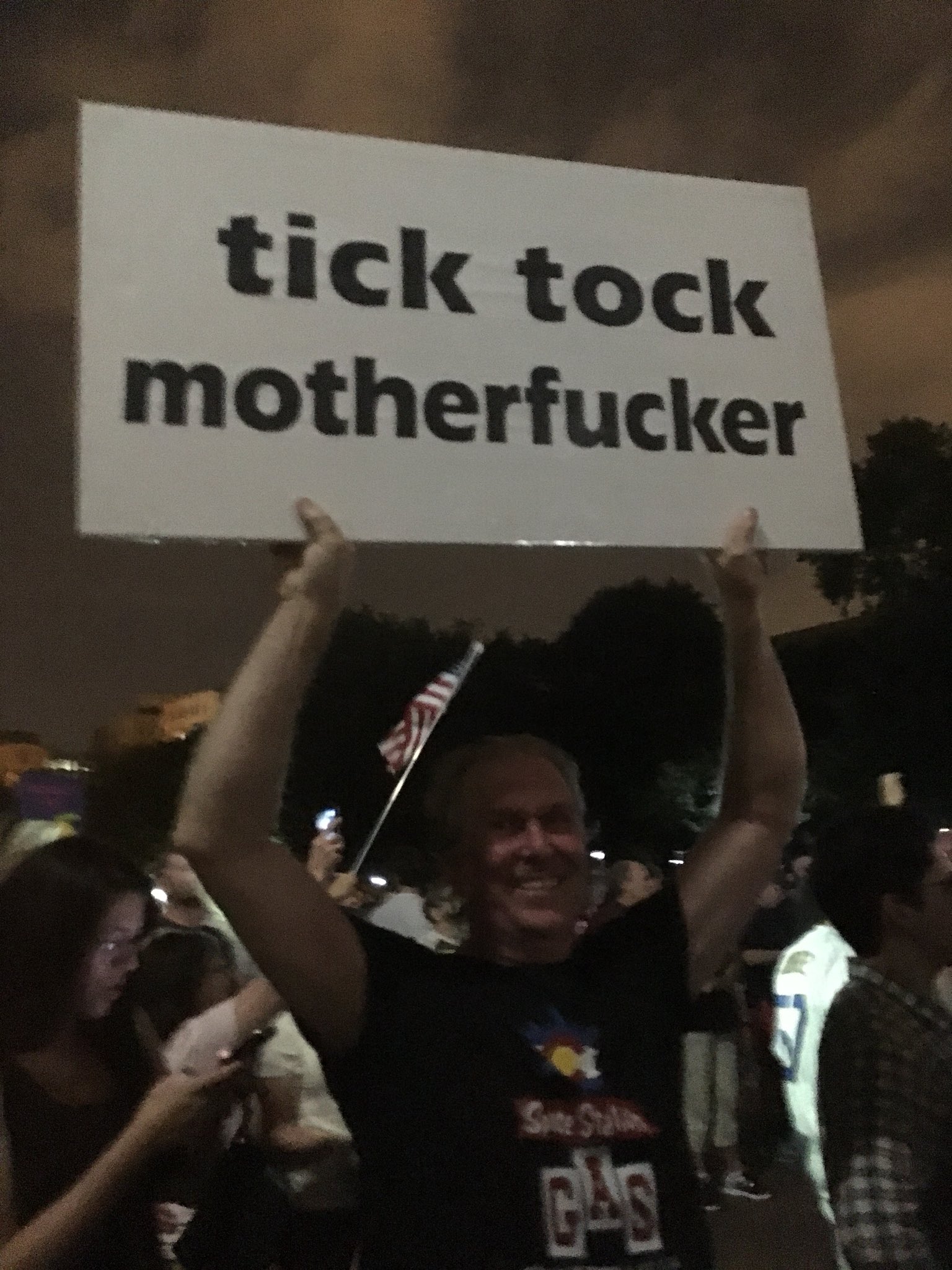 That characterization is absurd and the fear of their military is irrelevant.

1) The meaningful military impact of war between the countries is complete destruction. Direct attack and the threat thereof are bluffs, that neither party have attempted or are remotely worried about. A war in the future would be won or lost in the realm of artificial intelligence, systems disruption and nuclear defense and we likely have the advantage there for several reasons. These advantages are, however, currently irrelevant because the scope of the defenses are small relative to the nuclear arsenals.

2) The competition between the countries is largely in the influence of other geopolitical conflicts, and attempting to yield incremental financial, political and military advantages through alliances, turmoil and resource diversion.
Russia remains relatively isolated and distrusted by other countries, although there are some commonalities with other countries (China, Iran) where power structures are explicitly self-preserving. This isolation/distrust has limited their global influence to deals in exchange for their weaponry.

Therefore, legitimizing Russia is problematic because;

1) the USA is the historical protagonist, seen as the inevitable winner that others want to play with (to borrow an NBA analogy), and weakening this perception reduces global leverage pertaining to the above,

2) the perception of partnering with a country that is noted for deception, robbing their own people and a recent invasion (Crimea) reduces moral global leverage pertaining to the above

3) absence of acknowledgement of the obvious "meddling" by Russia, far be it the ability to pinpoint and avoid breaches, encourages similar trespassing by the same or other violators

4) it reinforces Putin's already high internal political leverage within Russia, potentially allowing some of that capital to be leveraged for globally dangerous behavior

5) it is a mistake to believe that the Russia-China growing alliance can be threatened by this type of posturing. Russian/Chinese political machinations are too similar and the increasing political/financial alienation between the USA and China affords a Chinese partnership at a diminishing cost to the Chinese, which can more effectively make inroads pertaining to the above. On a marginal level, recent US tariffs on China open incremental albeit small Russian export opportunities in the categories of metals and aircrafts.

6) the financial upside to a US-Russian partnership is petroleum but this is a negative long-term move, which helps Russian economic expansion relative to ours.

stanleybostitch @ 7/16/2018 11:44 PM
It's beyond words what's happening. Russia is controlling the President of the United States and the feckless GOP is doing nothing. Can't wait to find out what they have on Devin Nunes and cos. I'm beyond anger and all that seven stages crap, now it's time to fight back. If the people retain their right to vote and stand up, we'll see a blue wave that'll last a generation. Gerrymandered Supreme Court (Gorsuch/Garland)? Well FU McConnell, we're going to 11 justices. Senate no longer representative of the urban population? Goodbye two senators/state. Kids dying in schools? Goodbye unregulated guns. Electoral College not doing it's one and only job? Dustbin. It's coming. And history will look back on Trump not just as a traitor, but his movement as the dying breathe of centuries of white privilege. And it'll be beautiful.
GustavBahler @ 7/17/2018 12:06 AM
I was stunned that there were no questions about the Craptors getting swept.
WaltLongmire @ 7/17/2018 2:41 AM

Not the issue...he is either lying for some reason or another, or they have something on him. Good to see you buying the Trump spin, though. Took him some time to come up with this rationalization.

I hate the POS and have been pushing the RussiaGate narrative from the beginning, but I was stunned to see how Trump performed today. I expected some diplomatic talk...vague BS, or even outright avoidance ("We will have an ongoing dialogue about what took place in 2016, I will not address this question right now."), but I never expected to see him go on his knees and service Putin in front of the bloody world.

Most pathetic performance I have seen from a president. I'll go beyond Swalwell...It's like your neighbor rapes your wife and you have them over for dinner the next week to discuss the issue calmly because they live two doors down from you, and your kids hang out together.

Says much about folks who buy his bullshyte, though... 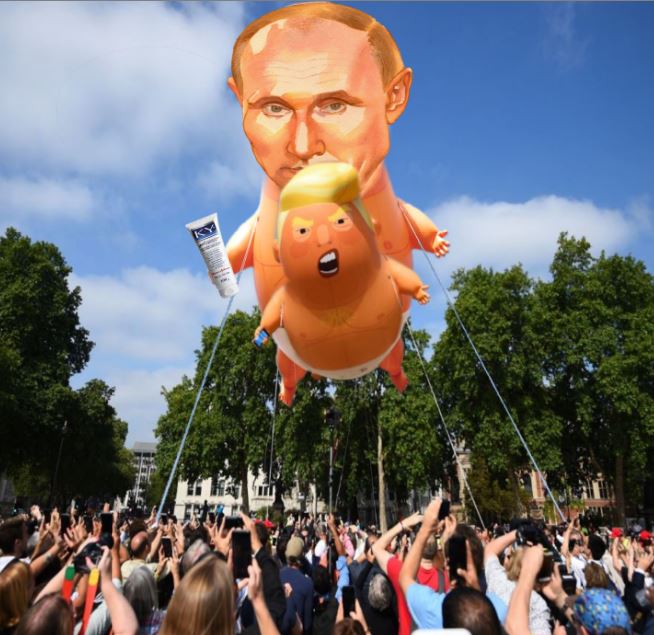 TheGame @ 7/17/2018 6:44 AM
I thought he could not do any worse than kidnapping kids from their parents but one should never underestimate Trump's ability to embarrass the country.
Allanfan20 @ 7/17/2018 6:50 AM
Everything we thought Obama and GWB did was wrong has been completely Trumped (no pun intended) by Trump. We are in a scary situation.
TheGame @ 7/17/2018 8:11 AM
"This is what happens when a KGB agent goes against a KFC agent" - Trevor Noah

TheGame @ 7/17/2018 8:16 AM
Why was the conversation between Trump and Putin private? No staff, no other cabinet members, no recording. I am surprised the FBI or NSA did not try to get a wiretap order because if you wanted proof as to whether Trump is working for Putin, listening to that conversation probably would have made it clear one way or the other.
Nalod @ 7/17/2018 8:20 AM
Years of money laundering thru the casinos and shady real estate deals with oligarchs make him vulnerable. Pee Pee Tape can be refuted as “fake”. Russia can leak his treason and financial dealings and ruin him. In fact it could be to their advantage as there end game could be a weakened presidency, constitutional crisis and a United States whose ability to self govern its compromise and unity weakens us.

Add an eventual economic problem and we are a mess. Nazi Germany was born under the weight of an economic depression. While no two events repeat as they were we will turn ugly onto each other. Blame the blacks, blame the Muslims, blame the immigrants for our woes. Human nature when survival is at state.

On the surface it makes sense to get along with your foes. Is this really the time and issue to do so?
Facts are Trump is in over his head as he lacks the congnitive functions, is a narcissist, and a sociopath. He is driven by his own desires. His lies are so big we cannot see them.

Im not in total dissagreement with all that is republican as I am not all in with the democratic agenda in total. There are issues that are far more complicated to discuss here. Fact is Trump has a past of shady dealings and has surrounded himself with the players which are more than coincidence.

Briggs, its apparent your impulsive and easily persuaded by what’s in front of you. Seemingly you have eroded what was once a reasonably credible reputation.